How to store cilantro in the fridge so that it doesn't wilt. Keeps fresh for up to one month!

Trimmed and cleaned, in a jar of water covered loosely with a bag.

This method for preserving fresh cilantro will keep it crisp and fresh for up to an entire month. I've tested this against four other popular methods (and reported below), but the number way is to store it in a glass jar with a little bit of water, covered loosely with a plastic bag. 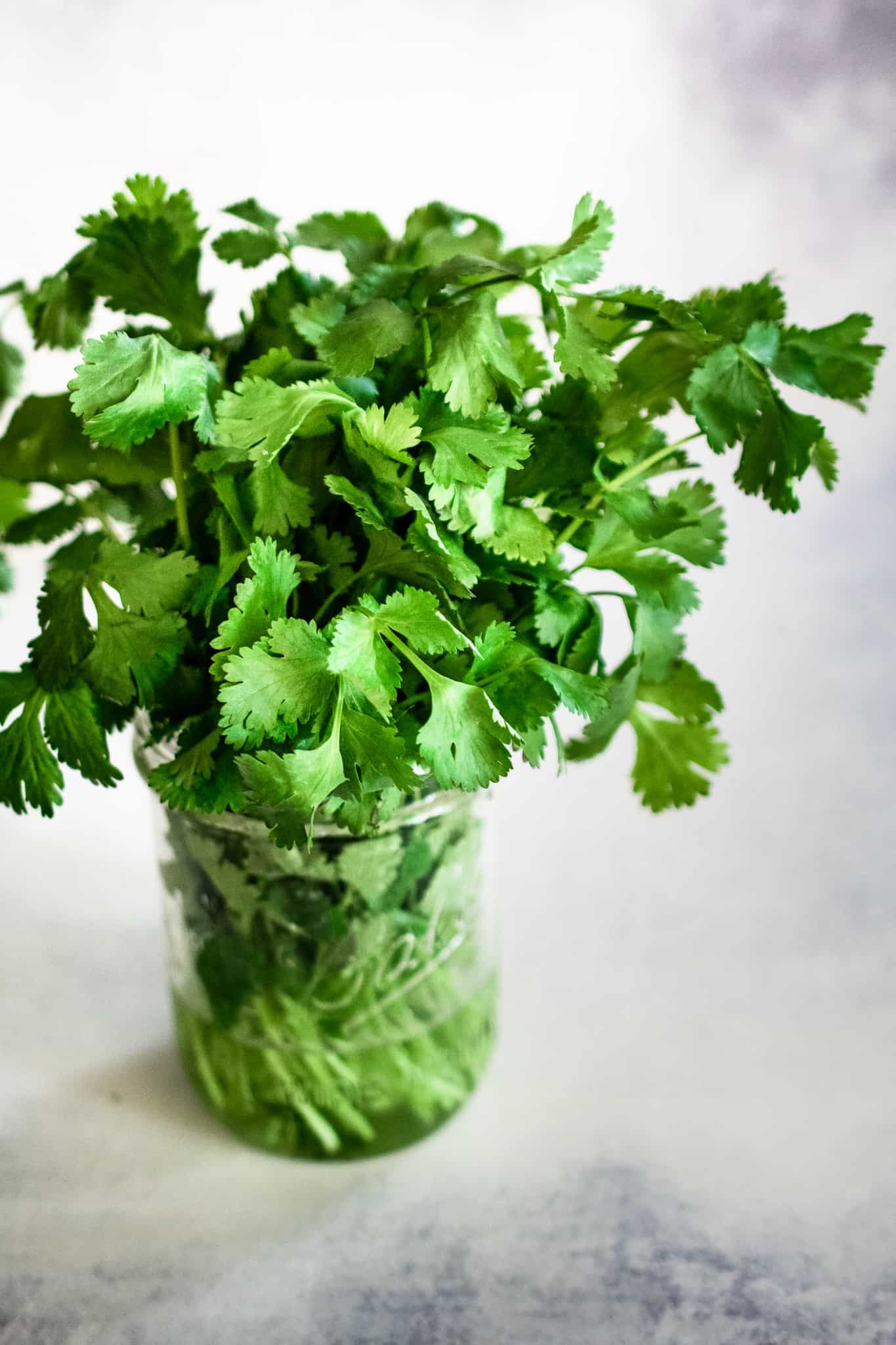 ***Keep reading... it's not enough to set it up this way and leave it.

This will get you past the one week mark, but if you want to stretch it even further, it's going to make all the difference to go through the following before and after tips:

1. Clean away the debris and bad leaves.

Right when you get home with it, it's important to remove the band around it and clear away and wilted, yellow, or slimy leaves and stems. They have a way of passing their icky-ness on to the other stems. 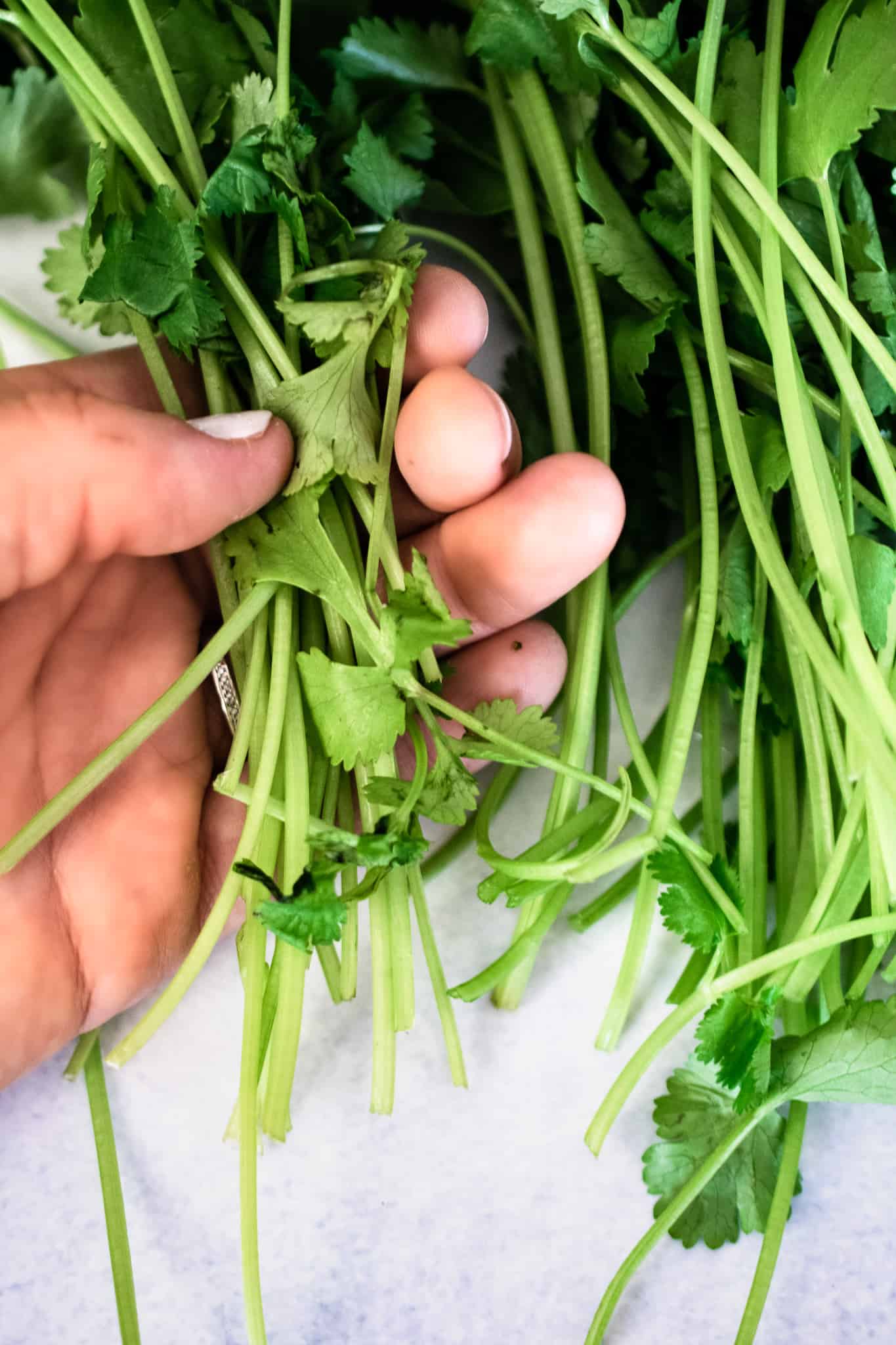 Remove yellow, wilted, or slimy stems and leaves from the bunch.

When you have cleaned away the bad leaves, hold the cilantro bundle in one hand and trim about an inch off the ends. This gives the stems a fresh, healthy cut which always gives any plant a boost when it's in water. It will also help them rest flush on the bottom of the glass, in about one inch of clean, cold water. 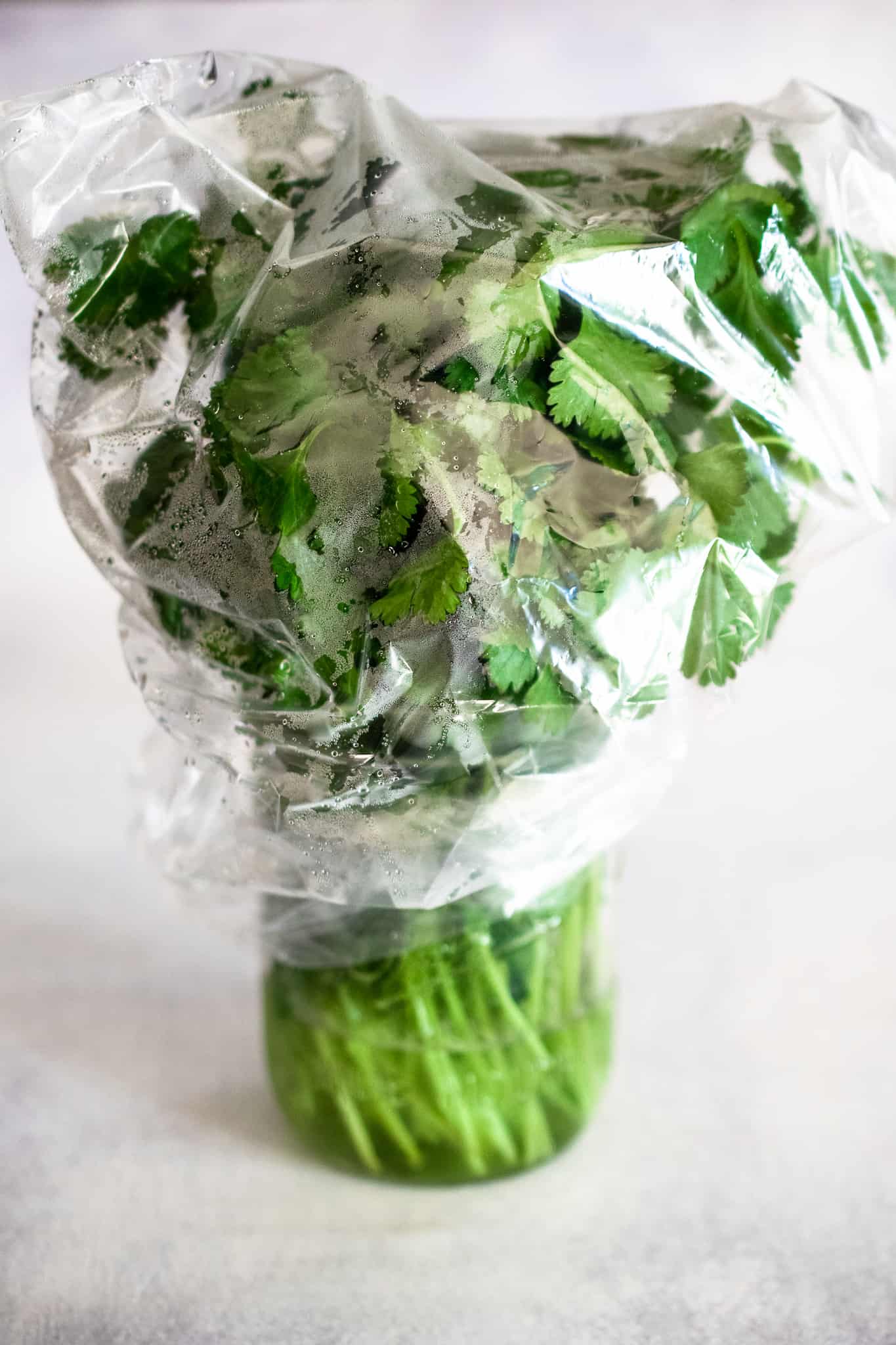 Use a light weight, clear plastic bag to cover the cilantro. Don't fix a rubber band around it or secure it in any way. The air circulation helps prevent the break down of the leaves by keeping them dry. You can use the bag from the produce department that the cilantro was placed in, but turn it inside out first and dry it off well, removing any loose cilantro pieces that are clinging to it.

It's very important to change the water every few days. This means dumping out the old, rinsing the glass clean and adding an inch of fresh, cold water (try to get it as close to cold as the refrigerated water was).

This is always an opportunity to remove any new yellow or slimy leaves from the cilantro bunch again. Place the cilantro back into the fresh water in the same way as before. 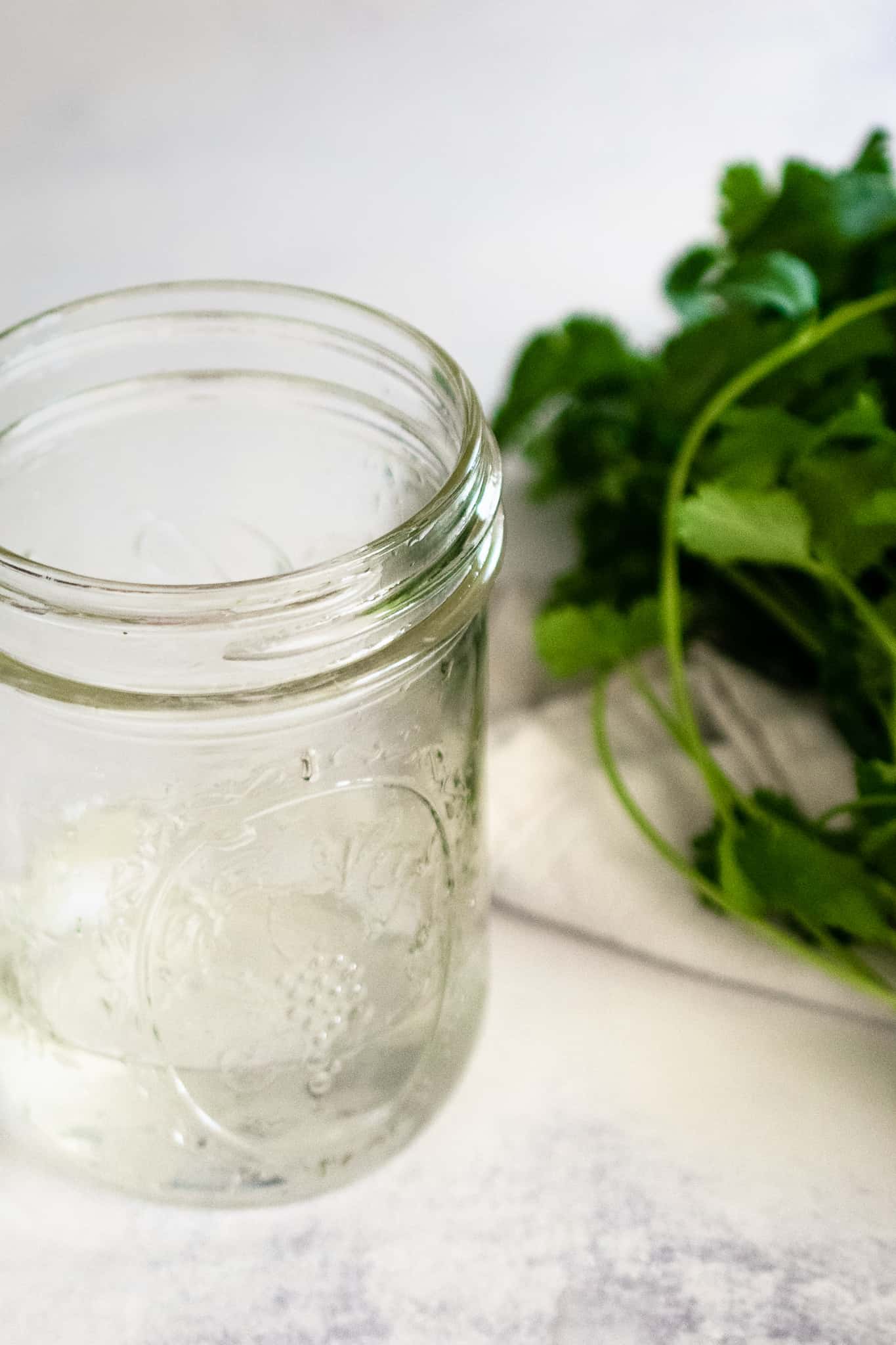 As long as you continue to care for the cilantro in this way, you're cilantro can last anywhere from 2 weeks up to one month.

***I mentioned that I tested this method against some others. I'm guessing if you've read this far, you're wanting to know exactly how those other methods stacked up. Here's the stats:

Cilantro is so, so, so yummy on BBQ Chicken Flatbread Pizza too. Especially when you drizzle a little Homemade Ranch Dressing over it.

Lastly, Cantina Style Chips and Salsa with Cabbage. You know the restaurant style salsa? With the cabbage in it? This is just like that. This is hands down, my absolute favorite salsa on the planet. Be careful though, it's highly addictive. 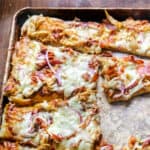 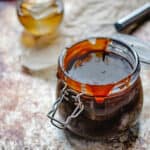 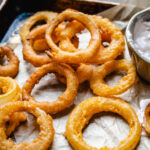 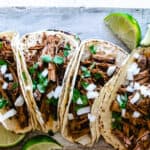 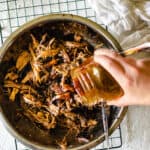