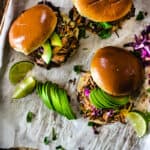 Slow cooked pulled beef, braised in smoky poblano peppers and beer, and piled high onto a roll with all the fixin's. 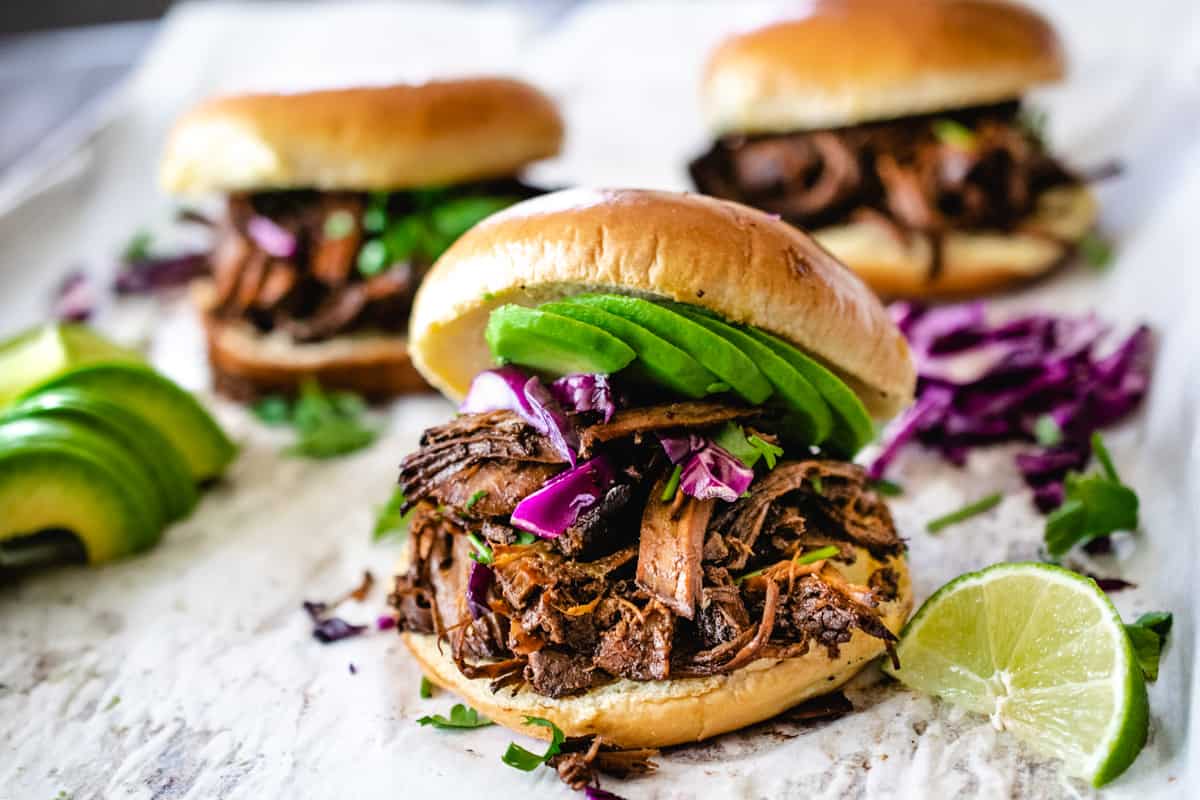 This pulled beef is so flavorful, thanks to the homemade spice rub that gets seared right into the surface on a hot skillet. Along with the blistered poblano peppers, the beer it takes a bath in for hours in the oven makes it succulent and so delicious. 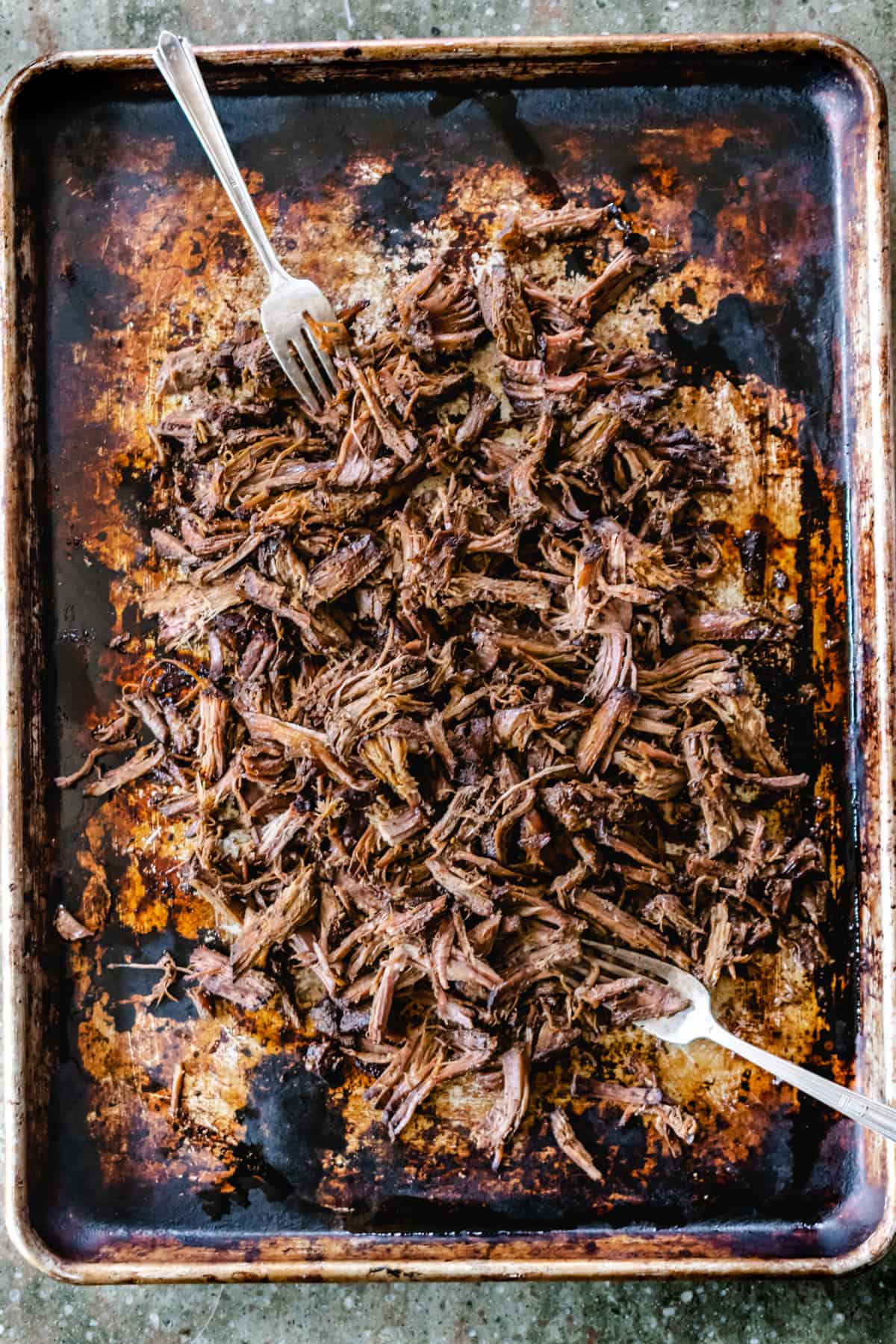 The fixin's, in this case, are perfectly simple, and totally optional. A little cabbage, avocado, lime and cilantro compliment the seasoning flavors and poblano peppers. But, the beef is so over-the-top delicious, that you don't need the extras to make the sandwich amazing. 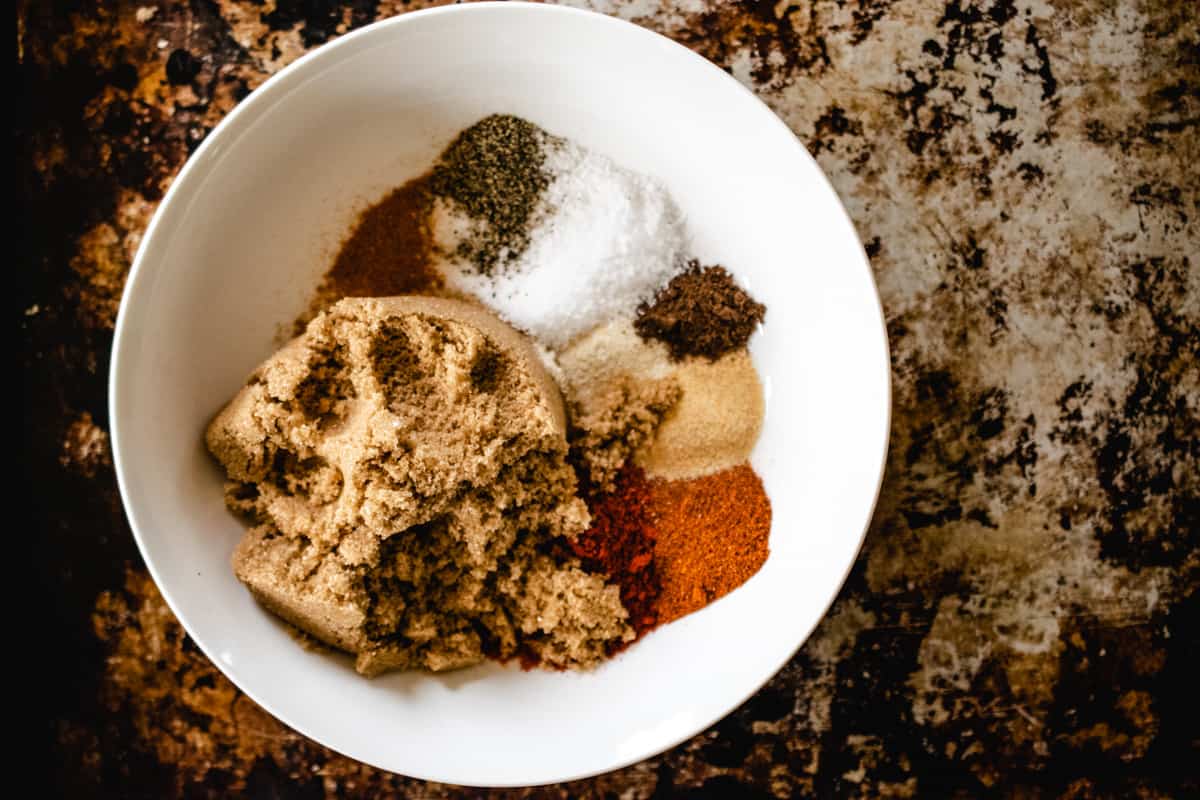 By searing the rub into the meat on a hot skillet, you create a crust that will give a nice "barky" texture to the meat, within all the moist shredded parts. It's delicious. 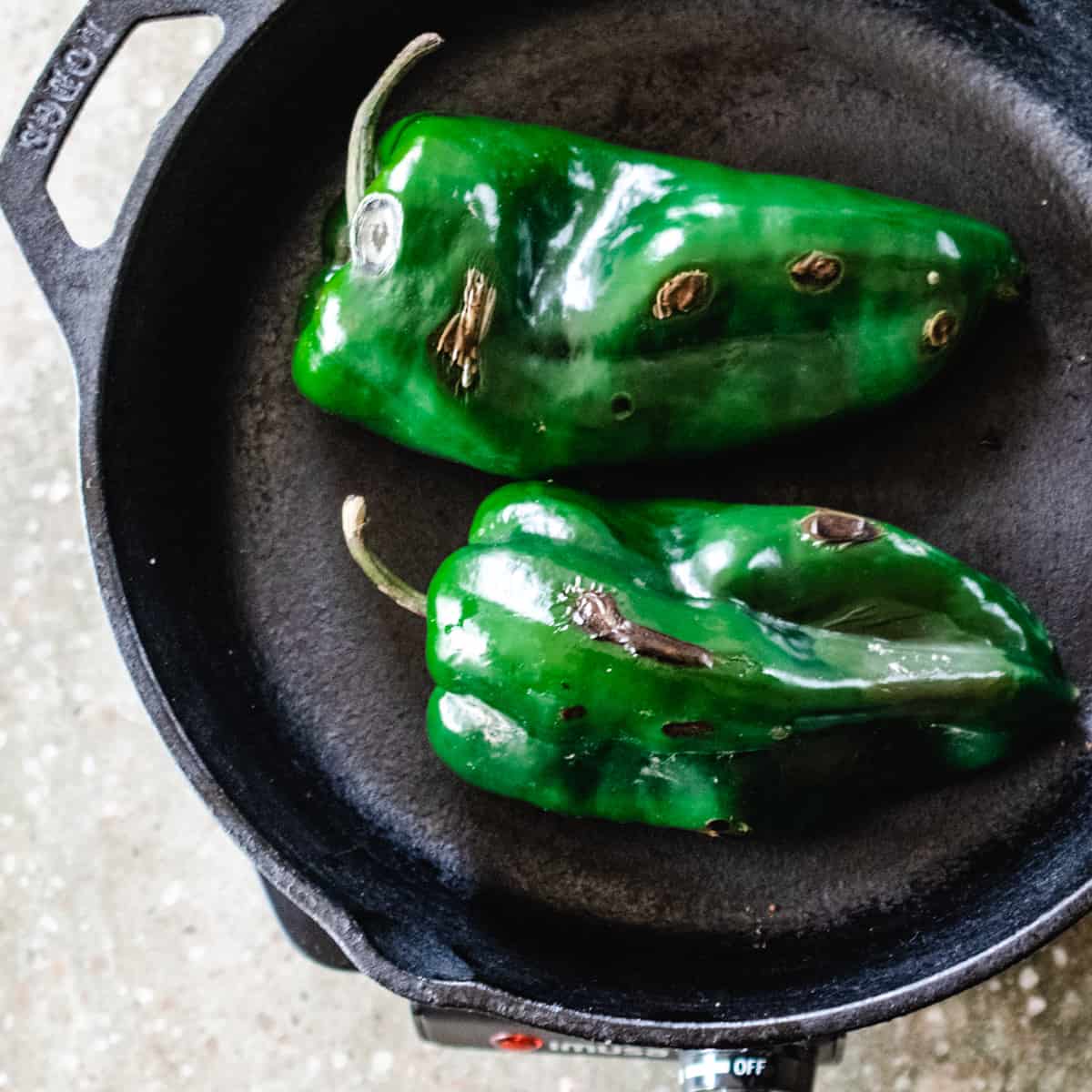 The poblano peppers also get seared-to create some blistering- and add further layers of flavor to the braising liquid. You can use as many peppers as you like. Poblanos tend to be on the milder side, but they can be slightly spicy to those who are sensitive.

You can remove them prior to shredding the beef, or shred them in with it. You'll want to remove the stems and any large areas of seeds though, so do that on a plate before putting them back into the beef for shredding. 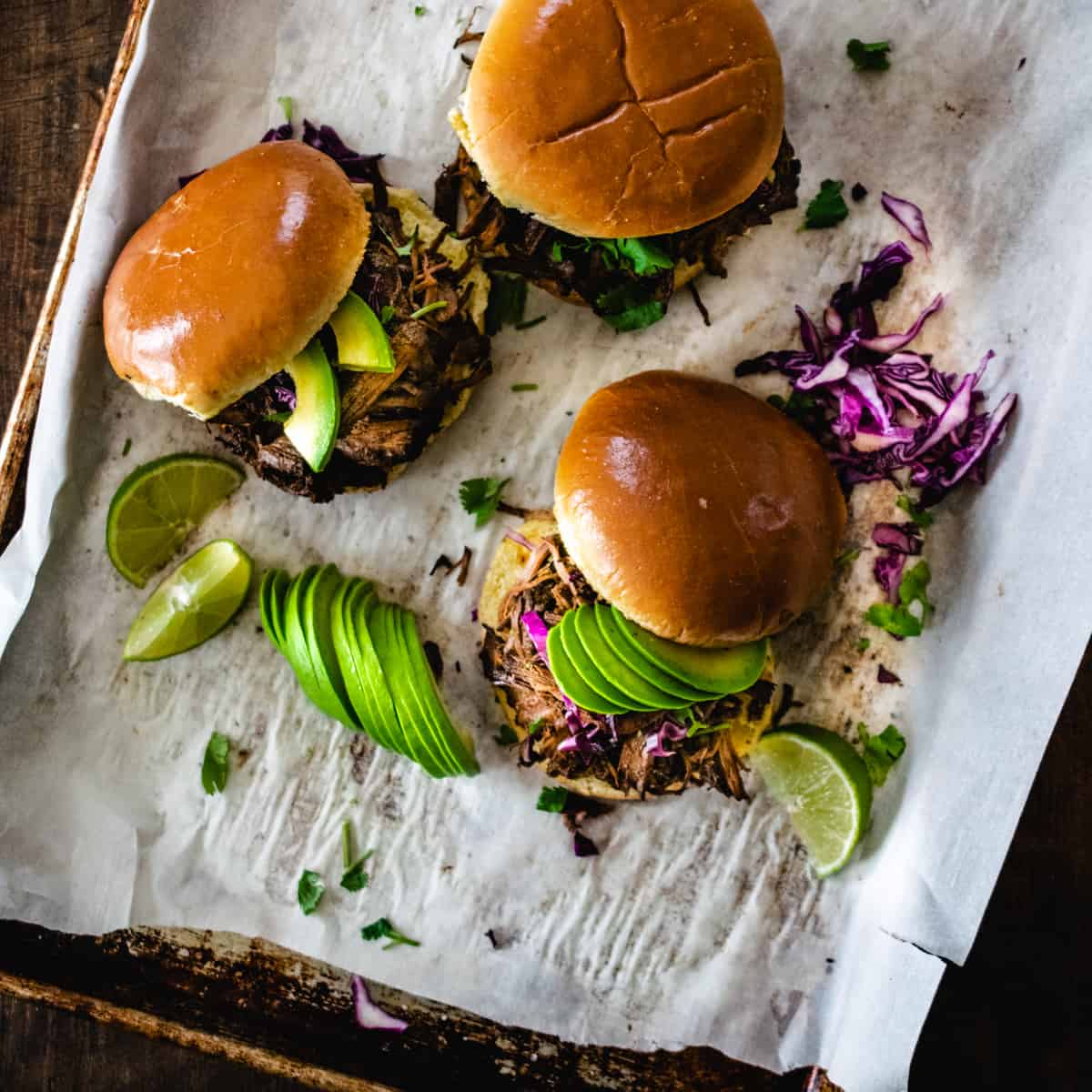 When it comes to assembling the sandwiches, I recommend dressing them with shredded cabbage, avocado, cilantro and a squeeze of fresh lime. It goes great with the flavors of the meat and adds a nice contrasting crunch and acidity from the lime.

I hope you enjoy these sandwiches as much as we did! 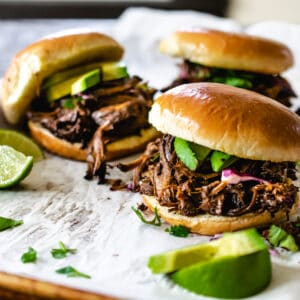 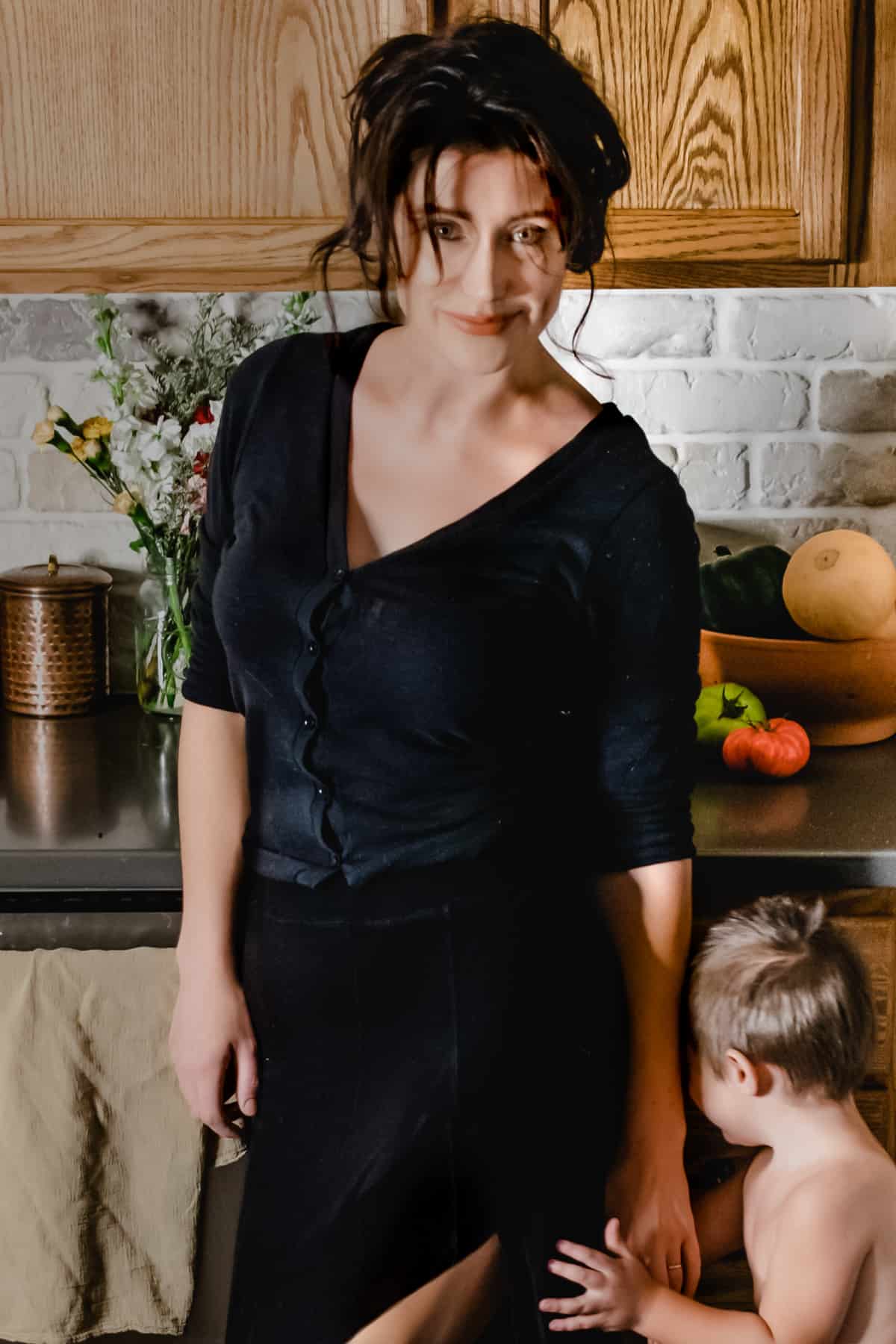 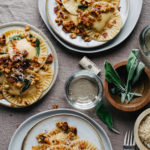 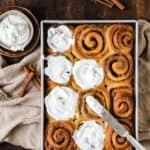 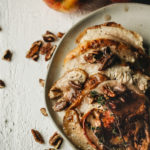 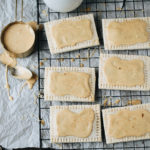