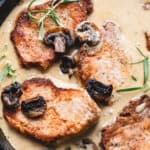 The best things about cream of mushroom pork chops are that it's made in one pan, in about 30 minutes.

Pork chops- boneless pork chops, but you can also use bone-in pork chops, keeping in mind this will increase the cooking time.

White wine- use a dry wine such as pinot grigio; can substitute cooking wine if necessary.

Parmesan- shredded off the wedge, or a Parmesano-Reggiano cheese rind.

Remove pork chops from the fridge 30 minutes prior to cooking.

Pat dry with paper towels, and salt and pepper both.

Place pork chops one side down in the hot skillet and don't move them.

Don't move the pork chops while they cook on the first side, allowing a good sear to develop, for about 3-4 minutes.

Once a good, dark sear has developed on the first side, flip the pork chops to the other side and allow a sear to develop on that side, another 3-4 minutes.

Take the internal temperature of the pork chops to make sure they have come to 145 degrees in the center.

Once all the pork chops are done, allow them to rest on a plate. Do not cut into them so that the juices can distribute, resulting in a much more tender pork chop.

While the pork chops rest, sauté the mushrooms in the same pan until browned and their edges are crisped.

Remove the mushrooms from the pan onto a plate once they're cooked so that they don't get soggy.

Add the minced garlic and shallot. If necessary, add another tablespoon of butter.

Sauté until caramelized and fragrant, then sprinkle in the flour.

Whisk the flour into the butter until it becomes smooth and incorporated in the flour. It should form a thin, paste-like texture, called a roux.

Pour in the stock and wine. Stir or whisk to combine with the roux until it is thoroughly mixed.

Add desired herbs and simmer the liquid for a few minutes until thickened.

Return the sauteed mushroom to the skillet.

Turn off the heat. Add the cream and Parmesan cheese. Stir to combine.

Once the cream and Parmesan have been stirred into the mushroom gravy, add the seared pork chops back to the skillet.

How can I keep pork chops moist?

1. Take pork chops out of the fridge 30-45 minutes prior to cooking to come closer to room temperature.
2. Make sure the pan is completely heated before adding pork chops, to create a good sear that locks in juices and moisture.
3. Choose pork chops that are at least ¾ inch thick- so that they don't easily dry out during the searing process.
4. Use a digital thermometer to avoid overcooking the pork chops, which makes them dry.
5. Allow fully cooked pork chops to rest for at least 5 minutes before cutting into them, to allow the juices to distribute.

How do you know when pork chops are done?

You only need to cook pork chops until the internal temperature reaches 145 degrees Fahrenheit, according to this statement.

Should you wash the mushrooms?

You should only clean the mushrooms with a dry towel, and avoid soaking them in water, which makes them mushy. If you do lightly rinse them, allow them to air out as much as possible before cooking.

If you tried these cream of mushroom pork chops, leave a comment or rating below. 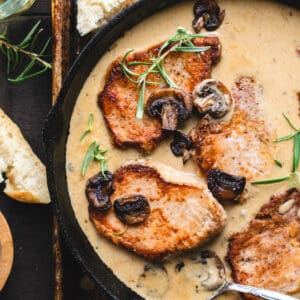 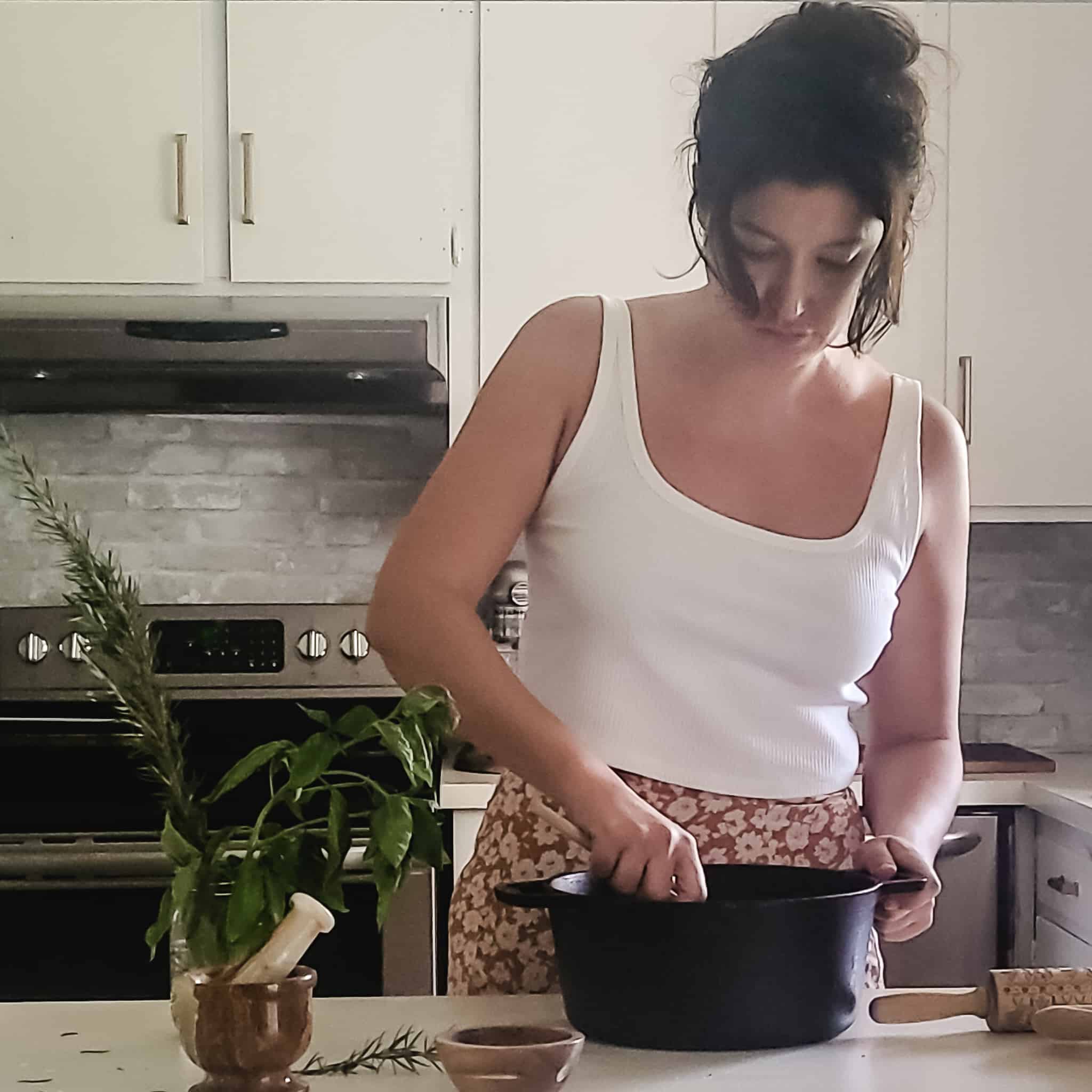 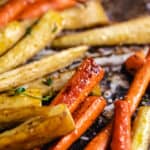 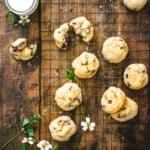 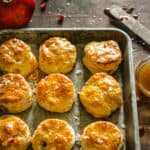 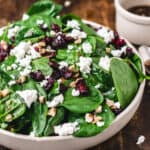 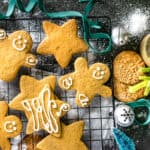 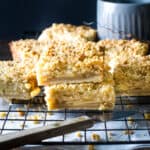 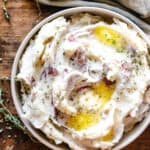 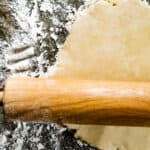 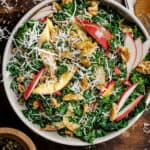 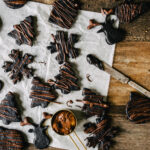